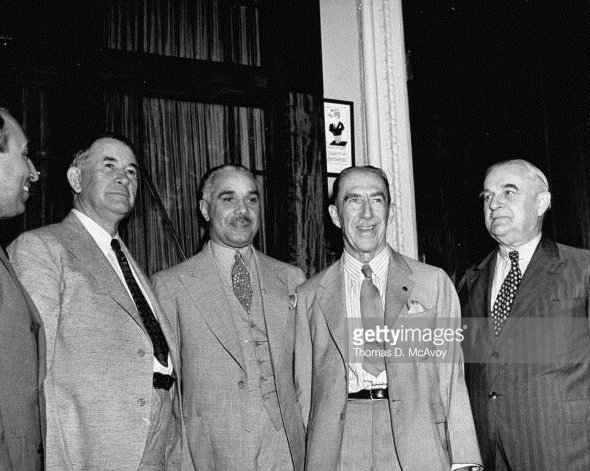 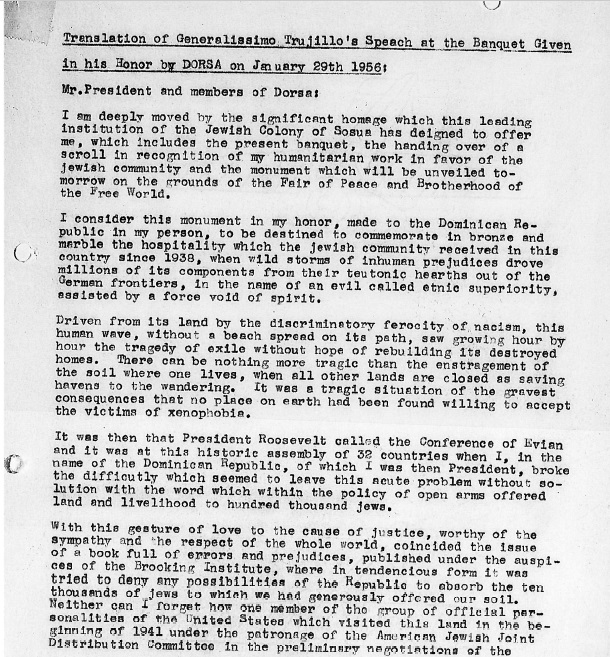 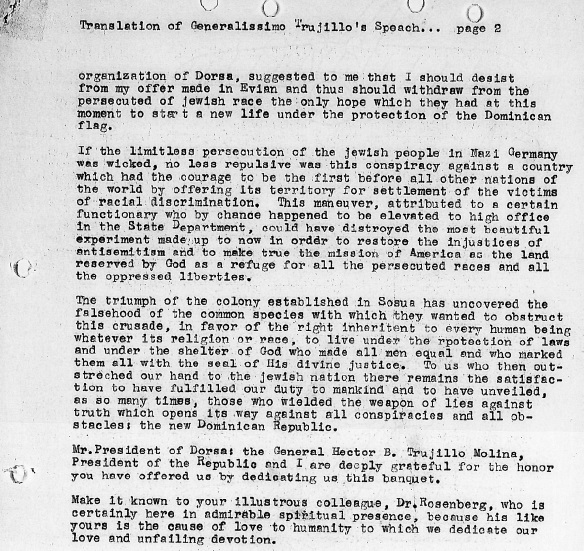 5 thoughts on “Trujillo speech denounces anti-Semitism, Fascism, Xenophobia and a conspiracy against Jewish settlement in Sosua.”